Introducing fruit and vegetables to the consumer in a new and different way? To arouse curiosity and emotion? “To do all this takes courage, passion and collective thinking.”

That’s what emerged from the official presentation of Spettacoli alla Frutta, the first national contest of theatrical shorts about fruit and vegetables that takes place in an exclusive setting, at Macfrut, from May 8 to 10, 2019. Present at the press conference launching the three-day theatrical event at the Rimini Fair, which took place on the first day of the fruit and vegetable show, were representatives of the partner companies in the project, conceived and promoted by Bestack, the consortium of Italian producers of corrugated cardboard packaging for fruit and vegetables. 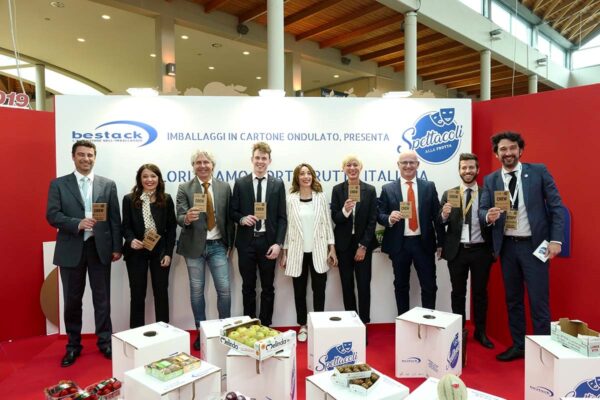 Spettacoli alla Frutta brings to the stage the fruit and vegetable excellences of Italy, which for three days are “humanized” and tell their stories to the public, through the theatrical performances staged by the finalist companies of the competition: there are 45 short films in national preview, for a total of 90 performances during the three days of the fair. The fruits of the scene? They are the Sicilian blood orange by Oranfrizer, the strawberry Solarelli from Basilicata, the apple Melinda from Val di Non, the peaches and nectarines from Emilia Romagna Valfrutta Fresco, the authentic tomatoes from Sicily and Sardinia iLcamone, the grapes from Puglia Viviana. And then there are the Jingold kiwi fruit with a colorful heart, the Metis plum-apricot, the Violì quality artichoke, the Mundial Consortium’s sweet and early Sicilian melon, the Perla Nera fashionable midi watermelon, the Angelys pear queen and the Delizie di bosco small fruits from Piedmont. Three different theatrical shorts were selected for each product. To these were added those inspired by the Bestack Consortium, another six short plays (always three per theme) on the sustainability of corrugated cardboard packaging and their “anti-waste” properties. 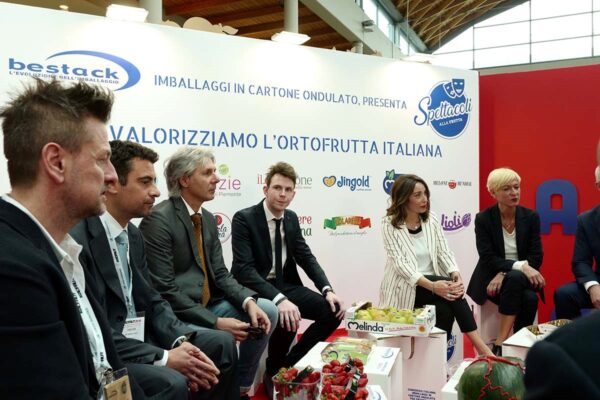